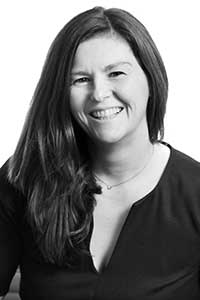 Nicola Shaw devotes a significant portion of her broad tax practice to indirect tax instructions, she regularly represents taxpayers and HMRC in contentious matters, particularly in the area of VAT. She acts for clients at every level of court including before the CJEU.

“A very good advocate with a first-class brain.” “Very client-friendly and a barrister who gets into the heart of legal issues and understands the tax framework.”

‘ She has excellent advocacy skills, based on deep knowledge of the tax issues and facts of each case, plus a determination to stand firm in the face of a strong judge and determined opponent. Hardworking and thorough, combined with a willingness to consider alternative

strategy and arguments in conference. Definitely has the ear of the court and a most enjoyable silk with whom to work. ’

“She is adept at unravelling complicated issues.”

“One of the best indirect tax specialist barristers in the country.”

“An excellent strategist and advocate.” “She consistently provides clear advice and has the ability to dissect even the most complex issues. She is very impressive in court and highly regarded by judges and opponents alike.”

“Very client-focused and very enthusiastic. She is a good advocate and has good court craft.” “Sensible and to the point.”

“You wouldn’t want to be against her if you could help it. She is a thoroughly gracious and worthy opponent, and a very powerful advocate.”

Nicola read law as an undergraduate and postgraduate at Pembroke College, Oxford.

She is a prolific litigator and has appeared in courts and tribunals at all levels, representing Her Majesty’s Revenue & Customs and taxpayers alike. Acting as both poacher and gamekeeper is an important feature of her practice and one which she considers to be invaluable in providing objective and informed advice.

In addition to litigation, Nicky advises on all areas of revenue law, but is perhaps most interested in corporate/commercial and indirect taxes.

She is ranked for Tax and VAT in both Chambers and Partners and the Legal 500.