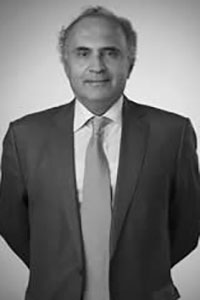 Nikhil Mehta is an experienced practitioner who previously worked as a solicitor in London and a barrister in Mumbai. He carries out contentious and advisory work on behalf of corporate and private clients on matters as diverse as loss relief and corporate reorganisations. He continues to practise as an Indian tax advocate alongside his UK practice.

“He has a huge amount of knowledge on technical matters and is very proactive.” “He is very attuned to the commercial view of things.”

Nikhil was born in what was then called “Bombay”. His mother and father were brain and general surgeons respectively, although his father decided on a small career shift in his mid-forties by becoming a tax lawyer and an expert on foreign exchange control law in India. He described it as moving from being a “doctor of health” to becoming a “doctor of wealth”.

Nikhil is the only person he himself knows who chose to do tax for emotional reasons because he wanted to work in chambers in Mumbai with his father and his uncle, Mr Sanat Mehta, who was a pre-eminent senior tax advocate. So, the choice they gave him was simple: tax law or tax law.

After being called to the Bar at Lincoln’s Inn and completing Chancery and tax pupillages, he enrolled as an Indian advocate and practised tax law in Bombay. Practice was great fun, not least because there were many small briefs in chambers suitable for a junior advocate.

He returned to the UK and, after a very brief spell in tax publishing, he joined the (then) Inland Revenue Solicitor’s Office in Somerset House as an employed barrister. He worked in collection and enforcement, which tended to be a conversation stopper in social gatherings. Following that, he joined Linklaters where he requalified as a solicitor. He remained there for eighteen years, thirteen as a partner. In 2001, he became one of the first tax solicitor-advocates. He joined Cleary Gottlieb Steen & Hamilton LLP in London as the firm’s first UK tax partner in 2002. He was readmitted as a barrister in 2009 and joined chambers in 2010.

Over 25 years’ experience as a City tax lawyer has exposed him to a huge range of tax work and has taught him that a really effective tax adviser has many facets, of which technical expertise is only one. He believes a barrister should be no different in this respect, whether undertaking advisory or advocacy work. His practice includes advising on UK and Indian tax laws in both corporate and private client areas.

He is a trustee and Council member of the Chartered Institute of Taxation.

He is married with two sons, two daughters-in-law and two wonderful grandchildren. The family’s trades, professions and vocations are an eclectic mix including law, art, plastic surgery, real estate finance, film production, cookery, fencing, ballet and playing with toys (or preferably, gadgets which are not toys).