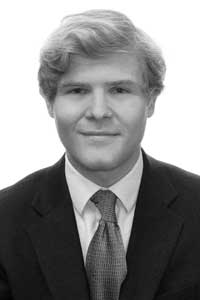 Harry has a practice covering all aspects of Chambers’ specialisms across UK, EU, and international taxation. Before embarking on law, he read Classics and Sanskrit at Magdalen College, Oxford, where he obtained a Double First: wrestling with ancient texts readied him for the UK tax code. He subsequently gained an LLB (First Class) and then an LLM (Distinction), coming top of his cohort in both degrees.

He advises and represents both taxpayers and HMRC in a wide range of tax-related matters, as well as doing commercial litigation that involves a ‘tax angle’. Recently, this has involved advising on complex multinational estates, appearing in the Upper Tribunal, and litigation around unjust enrichment.

More generally, he litigates and offers opinions across the spectrum of commercial and private law, including cases in contract, tort, and equity. Recent work has included fraud, breach of contract, and rectification.

Outside of law and tax, his interests are largely linguistic and literary. He is familiar with Italian, French, Dutch, Latin, Greek, and Sanskrit and knows something of around a dozen others, but he finds friends and family only marginally more willing to talk about languages than tax.

A copy of his privacy notice can be found here.